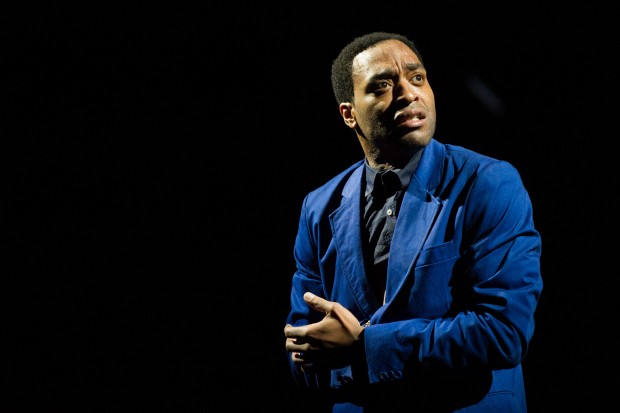 Last week, Meera Syal said something that sounded sensible: that British theatre should do more to cater for Asian audiences, not least to cash in on the “brown pound”. This week, Dame Janet Suzman has come back with something that’s 99 per cent batty but – I dare to concede – has a small grain of truth in it.

“Theatre is a white invention, a European invention, and white people go to it. It’s in their DNA,” she said. “It starts with Shakespeare … Other countries don’t do tragedy. It’s an invention by the Greeks.” To nobody’s surprise, the South African actress and director’s racially loaded generalisations have aroused consternation, derision and online outrage. But there was more.

Suzman went on to lament the fact that she saw few black faces in the audience for Solomon and Marion, the acclaimed two-hander about life in the “rainbow nation” she starred in at the Print Room, Notting Hill, but suggested that this was because a black audience couldn’t be found. “They’re not interested. It’s not in their culture that’s why.” As for Syal’s remarks, she said: “Catering is probably the correct word. It’s as if one was ordering food for a special wedding where the tastes are different. Some people are vegetarians and some are not.”

It’s hard to know where to begin with statements so open to contradiction – and which potentially play to the worst kind of prejudice – but what’s striking is that Suzman was conflating the nature of the art form she has devoted her life to with the problem of finding the right audience for a show.

It perhaps needs spelling out that her description of theatre as a white “invention” is poppycock, smacking of supremacism. The famous opening lines of Peter Brook’s The Empty Space run: “I can take any empty space and call it a bare stage. A man walks across this empty space whilst someone else is watching him, and this is all that is needed for an act of theatre to be engaged.”
Well, quite – that’s about as universal a statement as is required to define what theatre is. The intrinsic human activity of “play” far predates Shakespeare, and occurs far more widely than little England or Europe. We can take huge pride in Shakespeare – a genius like no other; we can marvel, too, at the richness of the Western classical repertoire; but no race can take credit for a whole genre.

There’s insufficient space here to attempt an A-Z crash course in world theatre, but the 1,000-page Cambridge Guide to Theatre I often refer to will give Dame Janet handy references to, say, the oral traditions of the Tchokwe people of Angola, resurrected after independence, and the ceremonies and masquerades of Zambia. Not Western theatre as it has evolved, but theatre still.

The mistake Suzman has made is to tangle up definitions of art with concerns about audiences. I’ve been a theatre critic for The Daily Telegraph for almost 15 years and I’ve travelled tens of thousands of miles keeping an eye on the state of play across the UK. In terms of who is coming into the buildings, accessing the work, I get where Suzman is coming from. There’s no hiding the fact that outside London, audiences tend to be predominantly white. If you’re performing in a play that should appeal to a particular ethnic minority and they don’t show up, you’re entitled to wonder why. Is it that they don’t want to come? Whose fault is it if so? Should more be done or the status quo accepted?

Suzman’s broadside coincides with a week in which those who control the purse-strings of the arts have given their strongest indication yet that the status quo can’t be sanctioned. On Monday, Sir Peter Bazalgette, chairman of Arts Council England, outlined a policy shift reaching right across our cultural provision.

“From now on the responsibility for promoting diversity within the leadership, workforce, programming and audiences, must belong to all our funded arts organisations,” he said. He used the word “data” six times – reiterating the point that when it comes to knowing about the ethnic make-up of organisations and audiences they don’t have enough facts to hand. But some alarming figures were bandied about. The overall creative and cultural workforce is “more white now than in 2008-9 – up from 92 per cent to 93 per cent”. This at a time of unprecedented diversity: in London, only 45 per cent of 2011 census respondents classified themselves as “white British”.

Things will get tough for those who don’t reach out and draw in a more diverse demographic, either as producers or consumers, whether that be in the field of theatre, dance, opera, music or the visual arts. “There has to be a reckoning,” warned Sir Peter, incidentally white, middle-aged and a product of private education. In other words, change or face cuts – even the chop.

If the underlying sentiment is benign – leave no one out, harness the best of multicultural British talent – the unintended consequences may prove divisive. There’s a fair bit that a metropolitan theatre like, say, the Birmingham Rep can do to reach out to its diverse community. According to the theatre, 12 per cent of the audience for Solomon and Marion was non-white when it visited the Birmingham Rep; it’s likely that its marketing clout and audience-development policies ensured there were more “black faces” than the Print Room, a fringe venue, could muster. But that level of disparity is pretty much endemic to UK arts, where there are so many variables at work that you can’t simply engineer desired outcomes.

And it’s across the arts as a whole that the diversity agenda is being pursued. In some ways, theatre is in a stronger position. “Going into a concert hall, you see an entirely white orchestra, a white audience and a white soloist”, the cellist and conductor Julian Lloyd-Webber said last year. Earlier this summer, Harriet Harman, the shadow culture secretary, railed against the Royal Opera House: “Even from the cheapest seats in the house, I couldn’t see in the audience anyone who wasn’t like myself: white, metropolitan and middle class.” In 2008, an Arts Council survey concluded that that “those attending art exhibitions are the most likely to be white: people who define their ethnic background as Black, Asian or ‘other’ are all less likely to attend art exhibitions.”

Almost 10 years ago, I accompanied a group of black young people to see Elmina’s Kitchen by Kwame Kwei-Armah, when it transferred from the National to become the first play by a black British playwright in the West End. All of the party were glad to have gone, most probably wouldn’t have done without my intervention for an article aimed at gauging their attitudes. As one of them, then 16, explained: “Whenever I go to the theatre, I’d see white people in the audience, and hardly any black people – going to the theatre isn’t a regular black thing.”

Impatient of change, what the Arts Council wants is a seismic shift. But it’s easier to identify problems than come up with solutions. As well as an age of lasting austerity, are we in for an era of perpetual guilt-trips?

The other day I attended a terrific matinee of The Sound of Music at the Curve, Leicester – one of our most multicultural cities. White actors, a sea of white faces in the audience. Should it be penalised for a full house – perhaps the wrong kind – in a once-troubled venue? I think we need to take a more relaxed attitude. That doesn’t mean complacency, but it means we should also guard against art by diktat. The reductio ad absurdum of the Arts Council line is that we will need a greater percentage of dramas about Polish plumbers by 2018, and so far as quotas go, isn’t it time we worried about Jewish creativity being over-represented in musical theatre? Do we want to see patronising initiatives like “bring a black friend night” to the Royal Opera House? The huge generalising sweep of Suzman’s arguments aren’t very helpful but she’s entitled to relay what she sees going on anecdotally. And you know what? Maybe there aren’t any easy answers.

Somewhere between the proprietorial overkill of Suzman and the grandstanding critiquing of Bazalgette lies the truth: we’ve got a theatre and arts scene to be proud of; let it renew itself and improve itself without bossiness or rancour. Art for everyone, yes – but we don’t need conscription, quotas, rationing, court-martials. Cultivated evolution is required, not revolution.