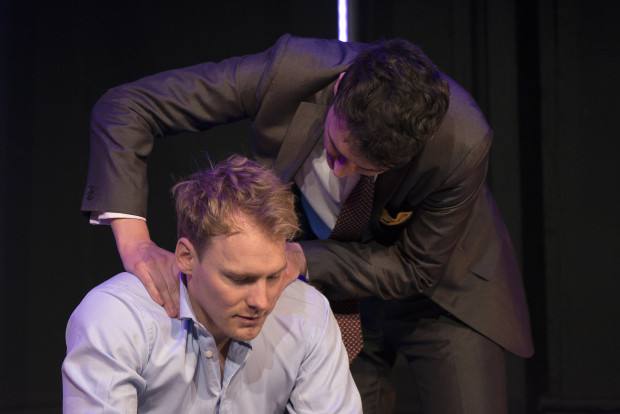 The tallest this, the biggest that. Dubai has become a by-word for gold-plated Middle Eastern excess: bling architecture, sprawling temples to consumerism, a paradise on earth planted on the harshest soil. It’s also less favourably synonymous with the exploitation of construction workers.

The human cost (particularly among South Asian migrants) underpinning those soaring skyscrapers – low wages, dire living conditions, fatalities, suicides – has been documented by human rights groups and journalists alike and is now pithily encapsulated in a play that confronts our complacency and complicity.

British-Lebanese playwright Carmen Nasr has done more than flick through readily available reportage; she went off to the emirate itself and interviewed half a dozen residents. Above and beyond that, though, she has let herself be seduced imaginatively by Dubai’s idea of world-class palatial splendour.

This promising 90-minute piece (deserving a longer run than it’s getting at the Finborough) is no earnest harangue. At times, it drips with lyricism as it conjures glass and steel and twinkling lights. Above all, with a lightness of touch that belies the dark subject-matter, it identifies the yearning that draws migrants into Dubai’s devouring maw and the dream-like hypnosis of British ex-pats who look the other way in order to enjoy the Good Life.

Is there something a touch contrived about the way that Jamie, “a creative digital PR specialist”, proposes a state-of-the-art 24/7 camera feed from a fast-rising apartment-block site, to reassure prospective buyers? Perhaps so: this British ex-pat’s marketing ploy sets up an inevitable moment of horror when it captures the suicide-leap of an Indian worker called Amar – the footage then sought-after by Clara, an old girlfriend of his, gagging for a journalistic scoop.

Despite the creakiness of structure, the debate it affords is engaging, even-handed and robust. The pros and cons of Dubai’s break-neck building spree are thrashed out in a war of words, with the arrogance of Westerners adopting the moral high-ground coming under fire too. By degrees, Nicholas Banks gym-toned, easy-going Jamie starts to experience the requisite pangs of conscience; while Mitzli Rose Neville makes sheepishly plain the downside of Clara’s do-gooding pursuit of the big story.  No one is beyond blame.

Georgie Staight’s production only lacks a decent sense of insufferable heat (maybe she should whack the thermostat up?) but the cast uniformly fit the bill, with poignant work from Adi Chugh as the forlorn Amar, trying to gild his life in the gutter by gazing up the city’s electric skyline of synthetic stars. Recommended.